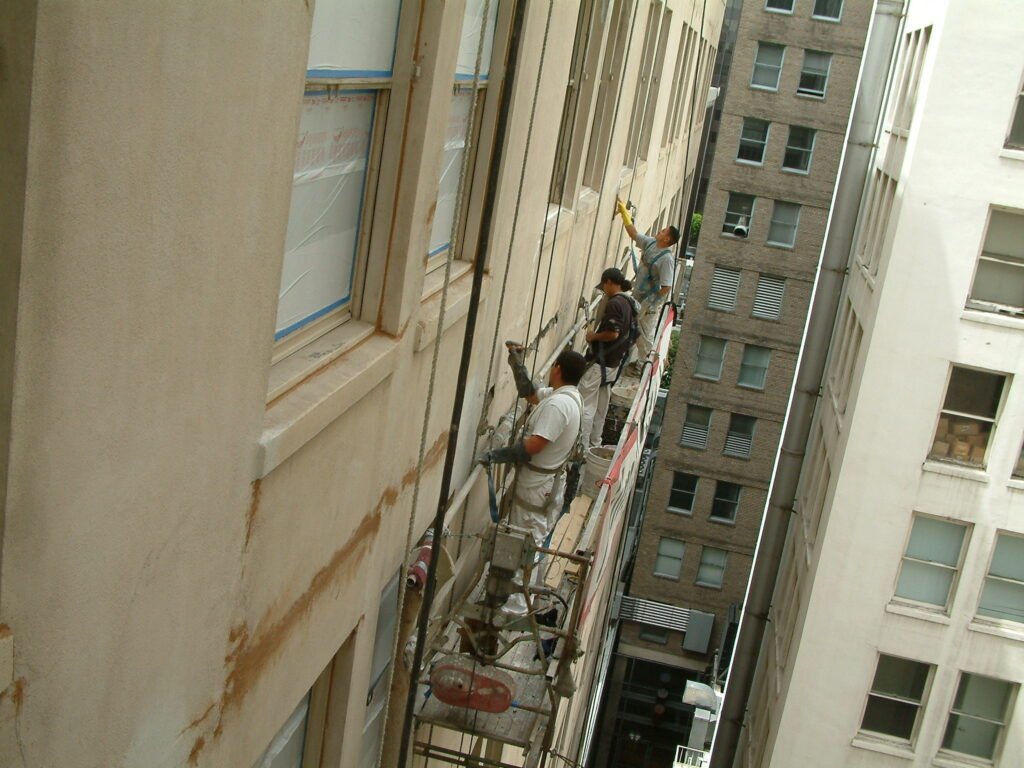 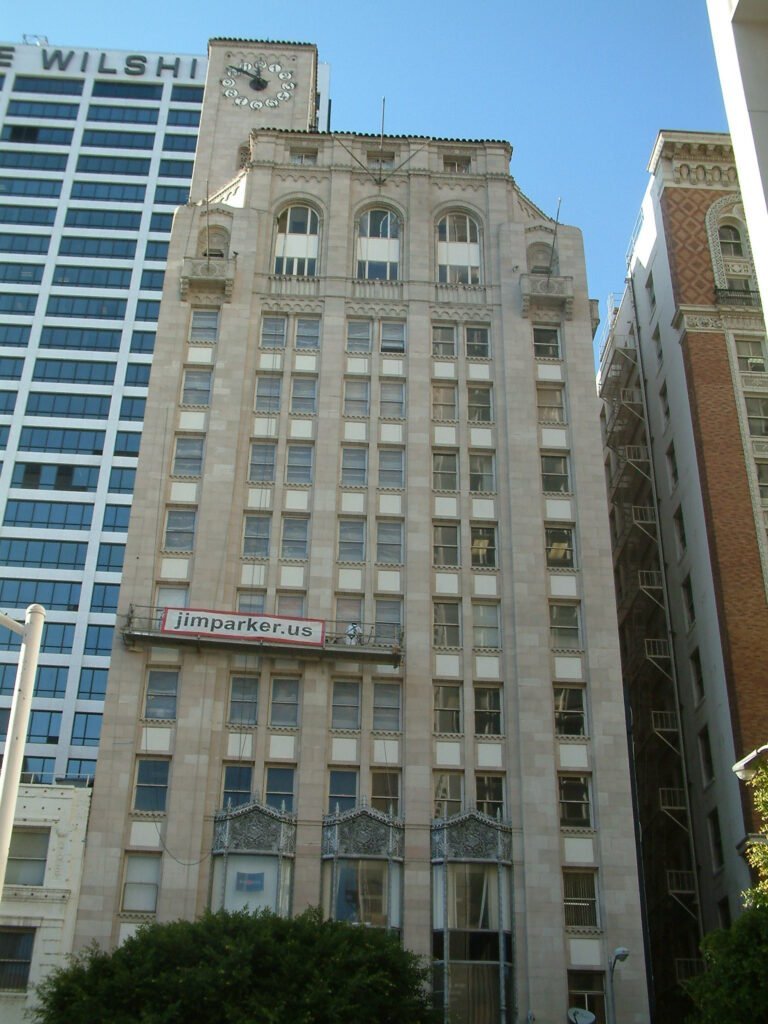 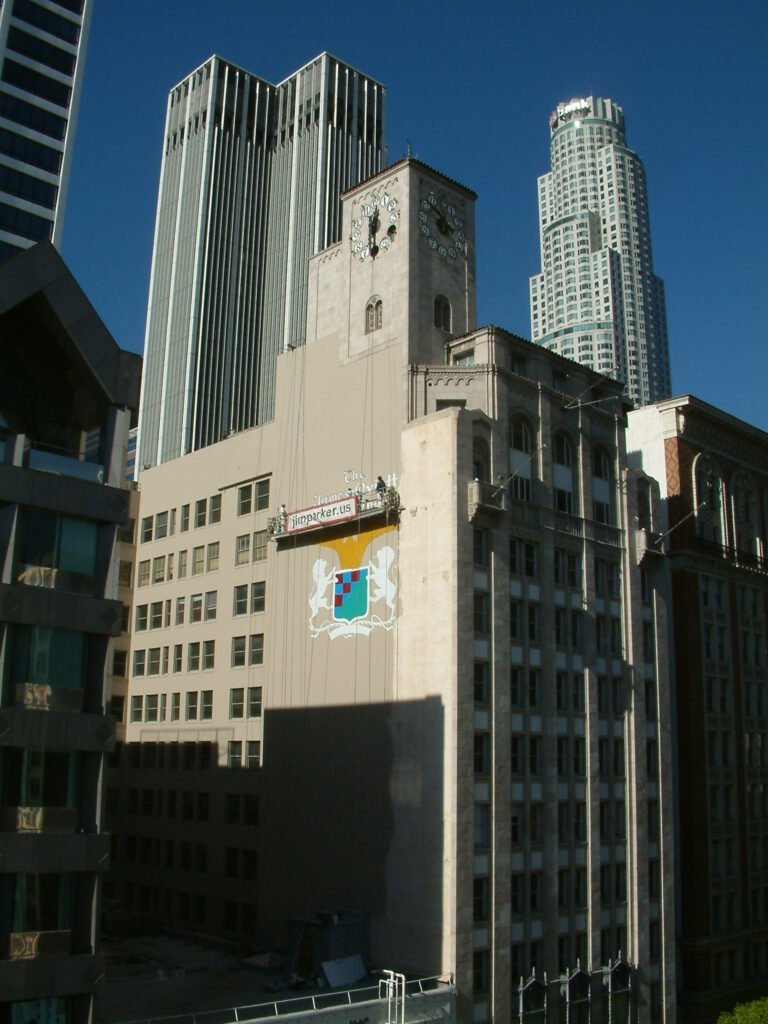 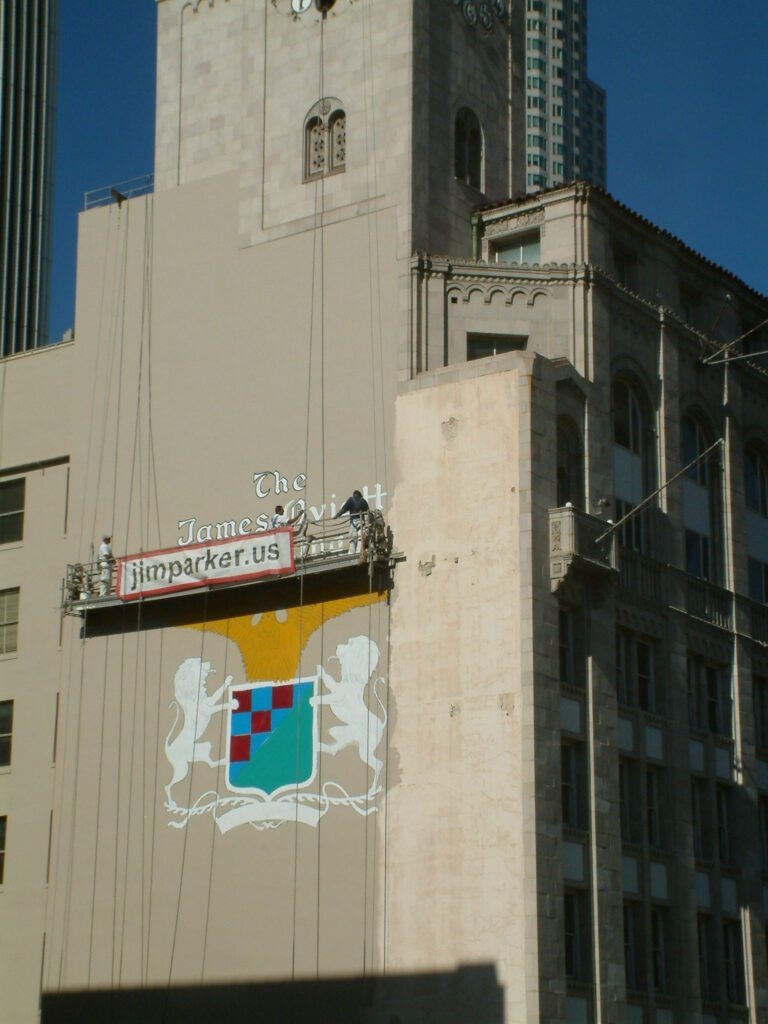 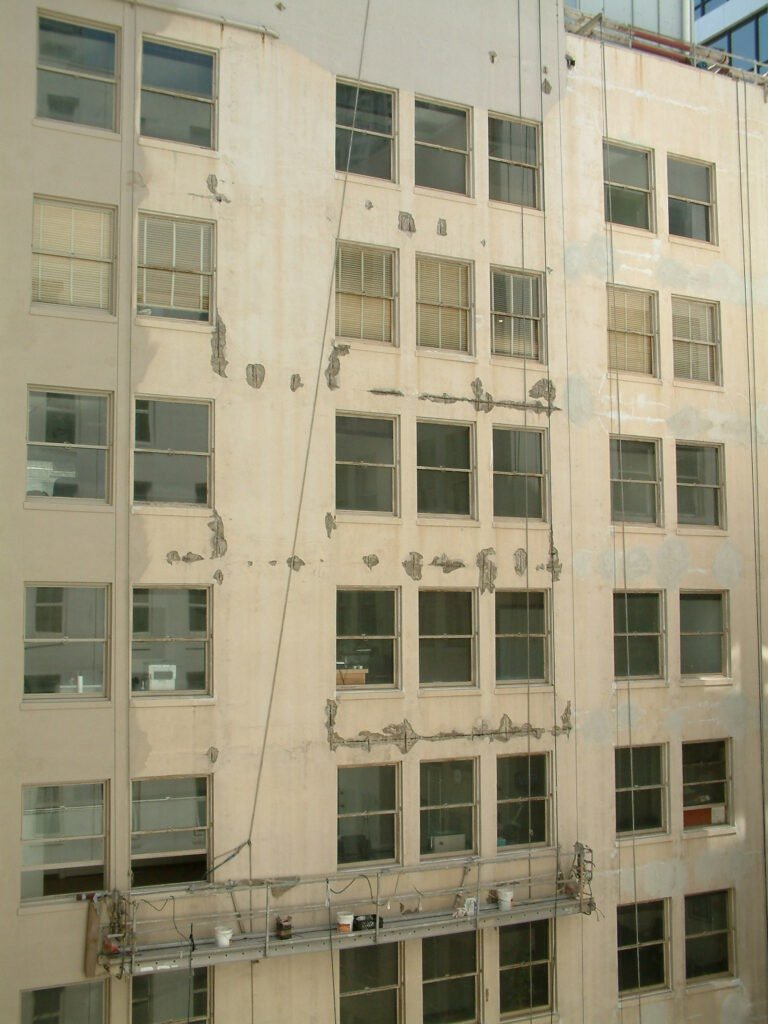 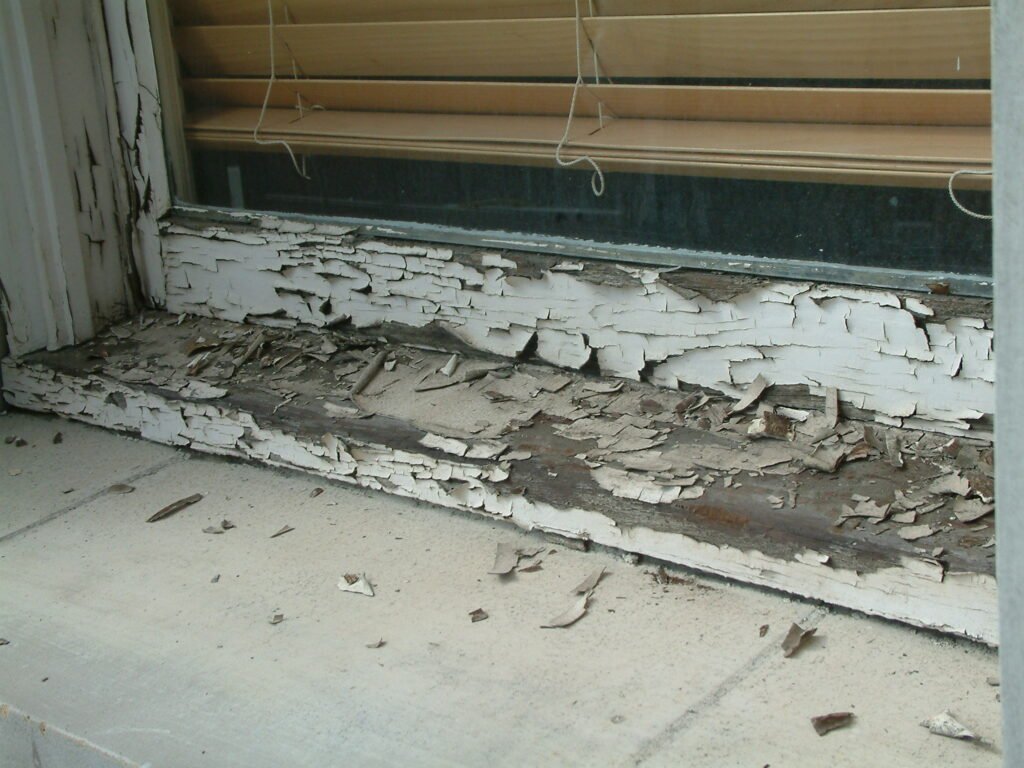 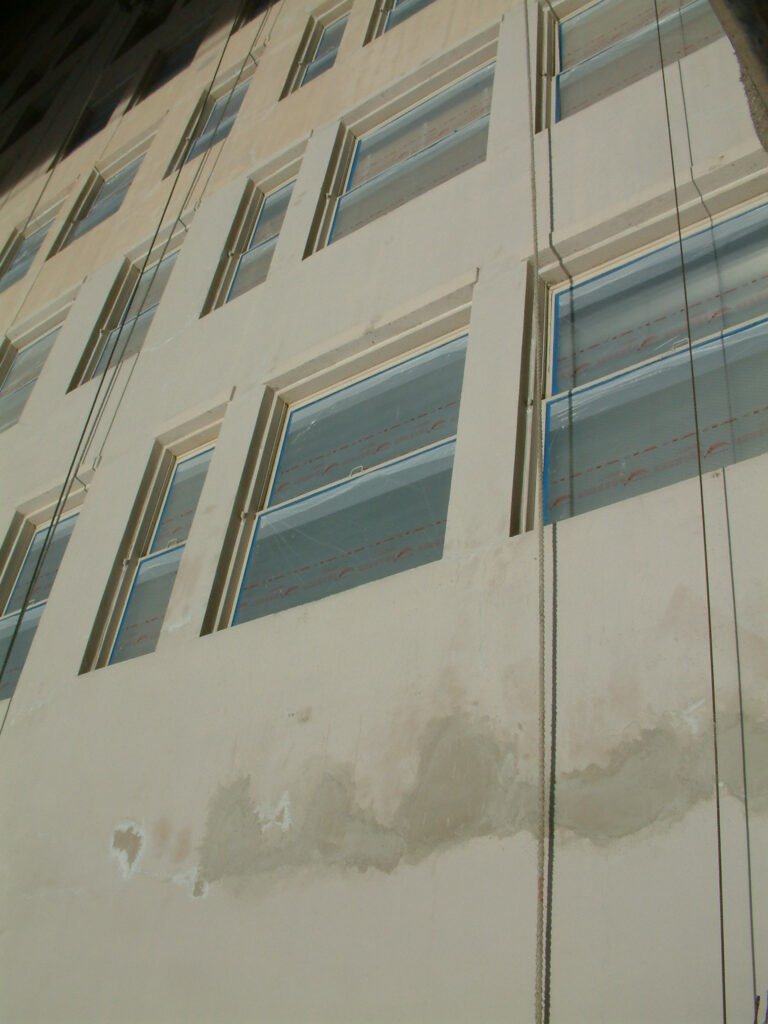 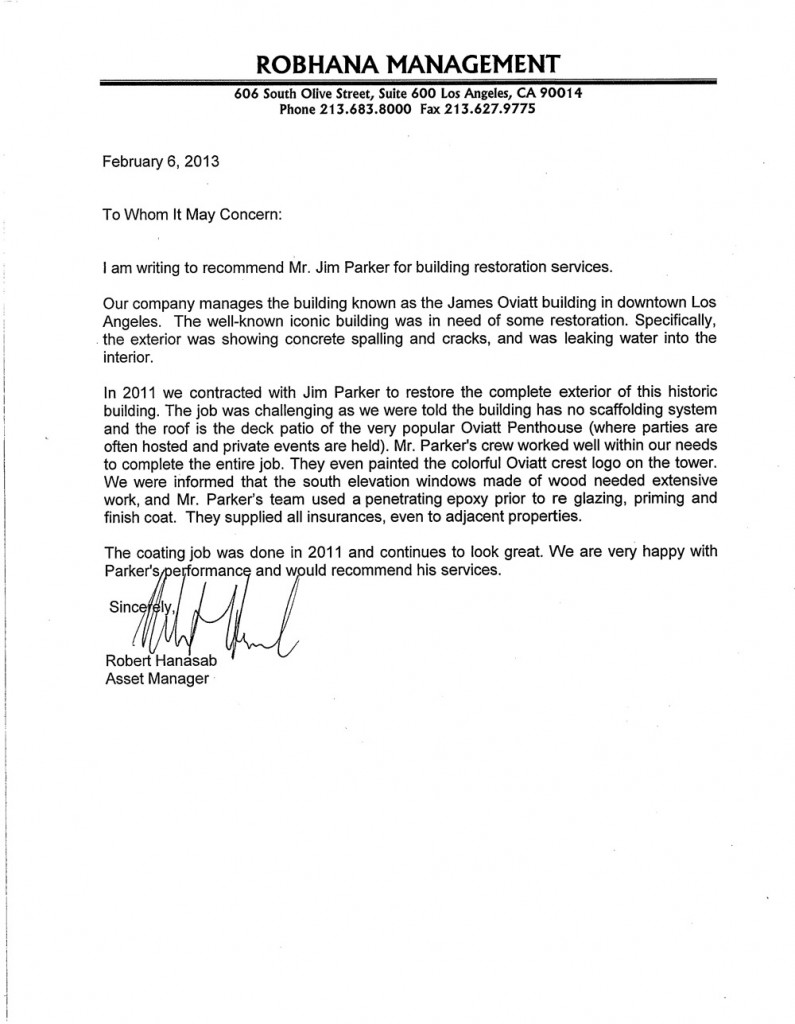 This grand building opened in 1928 as the headquarters for the Alexander Oviatt men’s clothing company. Twelve stories with a beautiful neon clock tower it was built with poured concrete walls in Italian Romanesque design with classic ornate trim. It is a prime example of Reni Lalique glass.

Fifteen years prior to our contract was the last time this building was painted, we learned that the entire job was done at that time from window washers bosuns chairs repelling down the sides not giving the workmen a stable work platform. Consequently this grand building did not get the proper care it deserved as evidenced by the extensive concrete spalling and neglected windows shown in the first two pictures above.

The owner contracted with Parker in 2011 to restore and waterproof the exterior walls and trim. The job involved but was not limited to rigging all the elevations for work access, identifying, removing all hollow or unsound concrete, excavating spalling and cracks, preparing exposed steel re bar, patching, priming, and applying a waterproof Elastomeric coating system that ended all water intrusion on the first attempt.

We repainted the beautiful multicolor Oviatt crest on the clock tower west wall. The street front elevation windows made of wood where in a extremely deteriorated state, with the wood cellulose exposed to the elements for years and very soft. Many had lost most of the glass glazing, after skillful preparation our crews applied a high quality low viscosity penetrating epoxy to restore the wood. After that we sanded, primed, re-glazed and painted them bringing them back to their original beauty and color.