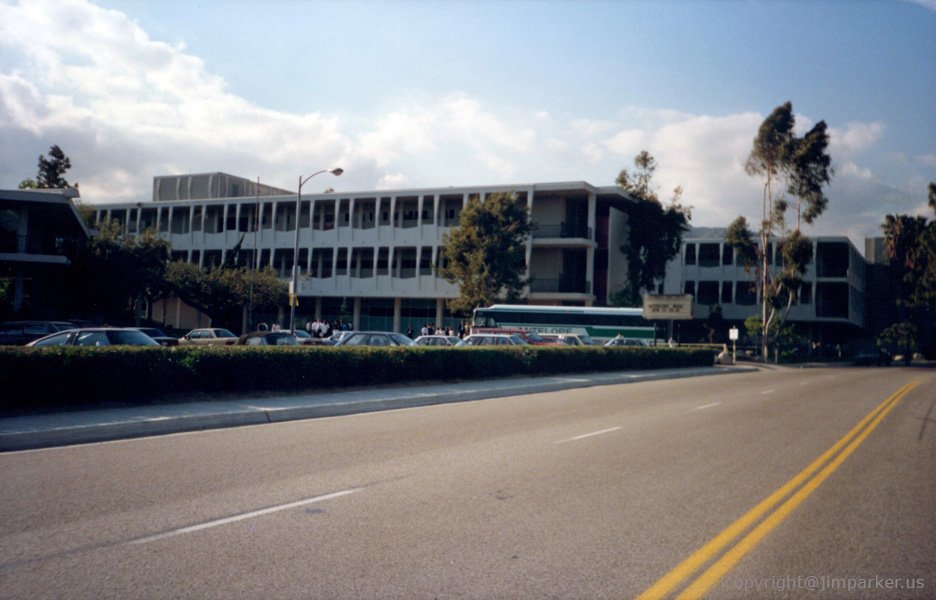 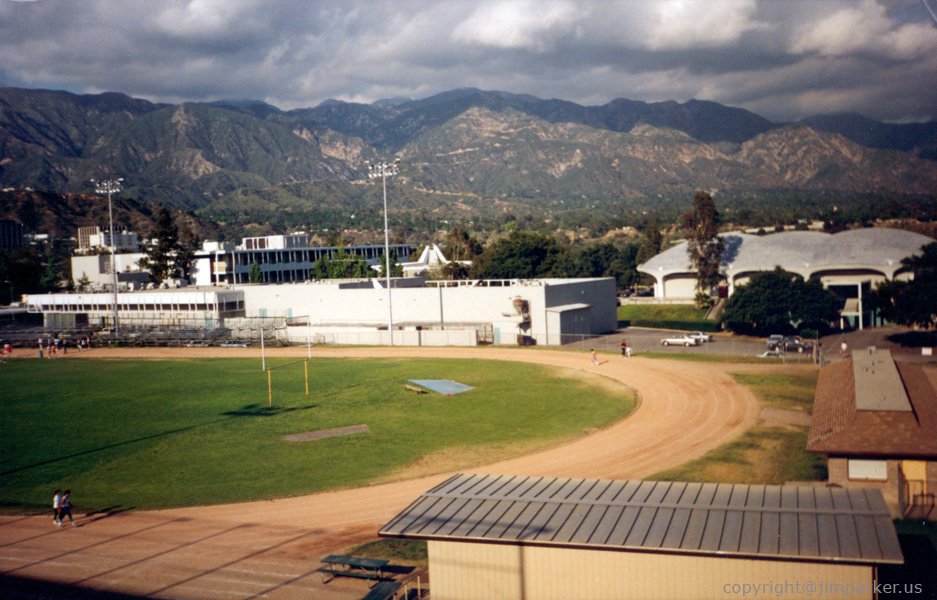 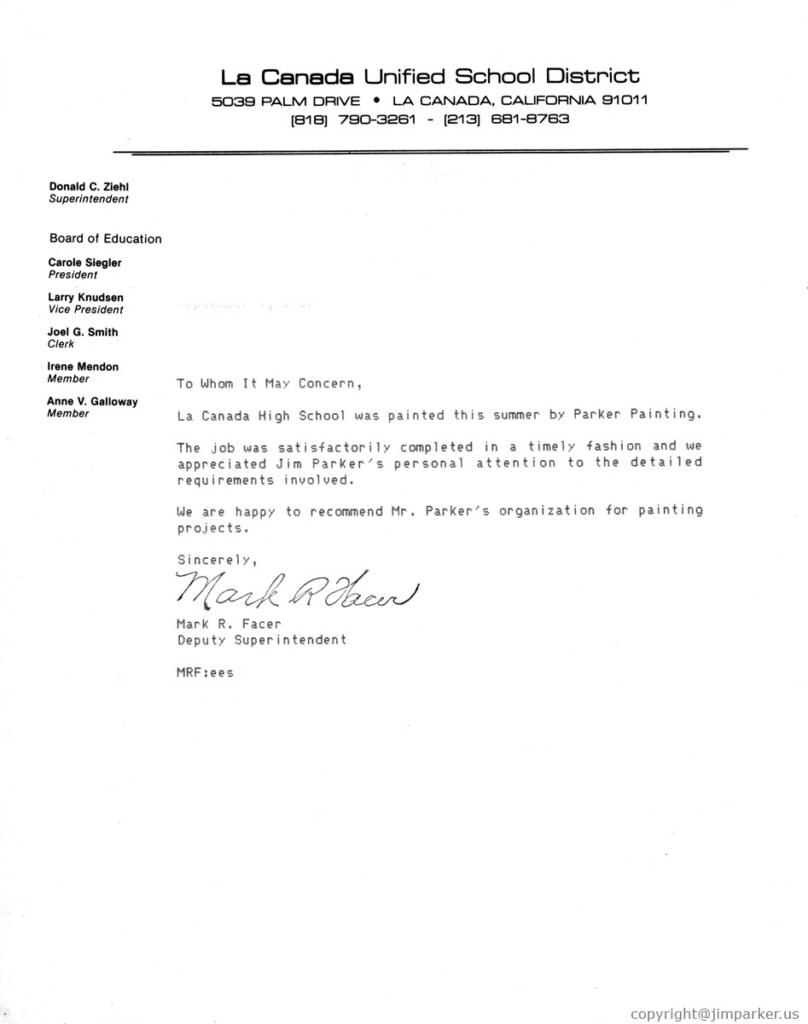 In 1987 the La Canada School District took public bids for the complete exterior painting of the La Canada High School campus. This was a standard bid/contract package.

Parker was the lowest responsible bidder on the six figure contract. After attempting to award the contract to a more local contractor at a higher bid price, which is not legal, the school board actually proposed doing the entire painting job with volunteer parent labor citing lack of money as the reason.

Jim Parker attended the school board meeting staying until 10:30 pm, Parker offered to give the school district three years to pay for the job. The school district agreed. Parker completed the entire job doing extra work in six weeks that summer vacation period earning the attached reference letter. The district paid for the the job in three equal payments over a three year period.

We will work with you to solve any special painting needs including financing.